I was honored to travel to COP 15 with the California Natural Resources Agency (CNRA) delegation, which was spearheaded by Secretary for Natural Resources Wade Crowfoot, Deputy Secretary for Biodiversity and Habitat Dr. Jennifer Norris, and Acting Deputy Secretary for Oceans and Coastal Policy/Acting OPC Executive Director Jenn Eckerle. We were lucky to be joined by a formidable group of California legislators, all biodiversity champions in their own right. These lawmakers were eager to learn more about the twin crises of biodiversity loss and climate change and how California might serve as a “living laboratory” to pilot innovative and bold solutions. Additionally, a diverse group of scientists, tribal representatives, activists, and conservationists accompanied our state delegation, rounding out a group more than 50 strong and ensuring that California had an unmistakable presence in Montreal. 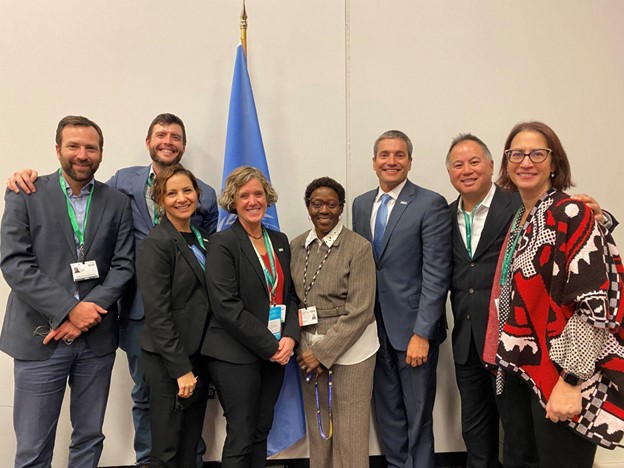 The five days we spent at COP 15 were packed with speaking engagements and panels, bilateral meetings with senior foreign officials, and conversations with NGO, business, youth, and indigenous representatives from around the world. The U.S. is not a party to the United Nations Convention on Biological Diversity, so we were not able to directly participate in negotiations, but we did use California’s visibility and “star power” to issue a clear call for ambitious action. We were proud to highlight our goal to conserve 30% of California’s lands and coastal waters by 2030, especially considering that setting a global 30×30 target is one of the most controversial elements of the draft agreement. And as a subnational government on track to become the world’s fourth-largest economy, we showed that fighting climate change and protecting nature is essential for economic security and prosperity. 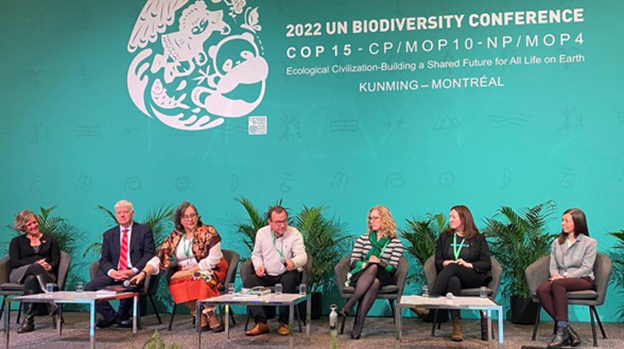 Deputy Secretary for Biodiversity and Habitat, Dr. Jennifer Norris (left), participates in a panel discussion on subnational and local leadership toward 30×30. 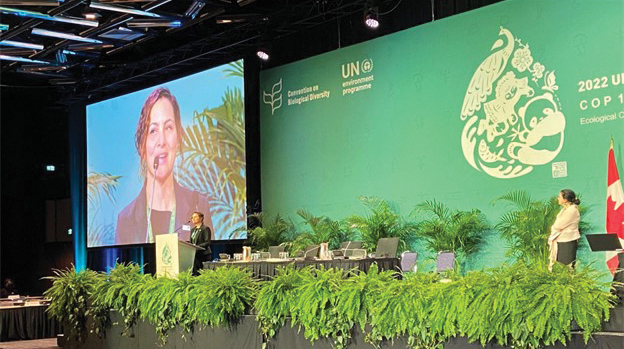 But we also approached our conversations with humility, and were particularly excited to learn more about innovative work being done by other subnational governments – states, provinces, and cities. Deepening our international partnerships and forging new global alliances, including our commitment to the High Ambition Coalition Subnational Task Force, which will support 30×30 across the world, and RegionsWithNature, the new UN platform for subnational collaboration, will strengthen and enhance our work here at home. For example, we know we have much to learn from governments that have gone even further than California in promoting indigenous stewardship. 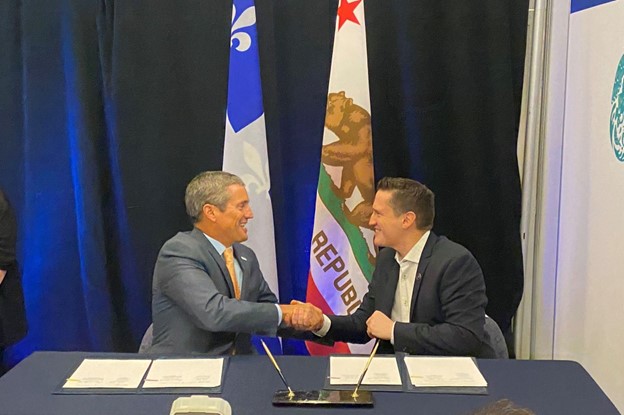 California Secretary for Natural Resources Wade Crowfoot and Quebec Minister of the Environment Benoit Charette sign a joint declaration committing to action and partnership on biodiversity.

The biodiversity and climate change crises are daunting, and it’s nearly impossible to get 195 countries to agree on anything, let alone a complex agreement with over 20 detailed goals and targets. We won’t know the outcome of COP until it concludes on December 19. But after nearly a week of making new connections, I left feeling hopeful and inspired. No matter what happens on the global stage, subnational governments will continue to lead the way. From no-take marine reserves in California, to habitat corridors for jaguars in the Yucatan, to new protections for boreal forests in Quebec, it is clear that thinking globally is important, but acting locally is what truly matters. Let’s all hope that when COP 15 concludes, the final agreement meets the urgency of this moment. In the meantime, I can’t wait to get back to work in California – and continue the conversation with our new subnational partners in this fight.