Before the humble beginnings of CCFRP, California’s Marine Life Protection Act (MLPA) was established in 1999. The MLPA requires scientific monitoring of California Marine Protected Areas to evaluate their effectiveness. CCFRP, with funding support from OPC, works with scientists and anglers to examine the effects of MPAs on fish populations. Originally focused on Central Coast monitoring, CCFRP has expanded its operation statewide to include fourteen MPAs. Our MPA destination for the day – Point Lobos State Marine Reserve.

Point Lobos State Marine Reserve (Point Lobos) is a 9.79 square mile system of surf grass, sandy seafloor, rocky reef, and kelp forest. Originally established as Point Lobos Ecological Reserve in 1974, the MPA was expanded to its present size in 2007 during the establishment of California’s MPA Network. It is one of the oldest MPAs in California. This reserve shares a western ocean border with Point Lobos State Marine Conservation Area and an eastern land border with Point Lobos State Natural Reserve. Placing a state marine reserve in this nested area of conservation provides very high levels of protection for local marine species and their habitats.  Plus, there is an added layer of safety for the species found in this particular MPA – it is a no-take zone.

With both fishing and collecting banned, Point Lobos has the highest level of protection for an MPA, giving the many aquatic residents there a chance to flourish within its boundaries. Those residents include rockfish, lingcod, California sheephead, leopard sharks, cold water corals, brittle stars, Dungeness crab, and young California halibut who find safety in the small bay from both predators and strong Pacific swells. While there are many fish, invertebrates, and aquatic plant species that share these waters, there were also several marine mammal species visiting the area during our 8-hour, near-coast expedition. We saw California sea lions vying for a coveted buoy resting spot, a southern sea otter unfazed by our presence, and a large pod of Risso’s dolphins fraternizing and foraging among the kelp and eelgrass beds. And then there were the brown pelicans hovering a couple of feet off the water in flight to the trees on the nearby rocky shore – their size and sheer quantity as they flew over the dense green vegetation on land looked something like a scene from a Jurassic Park movie. 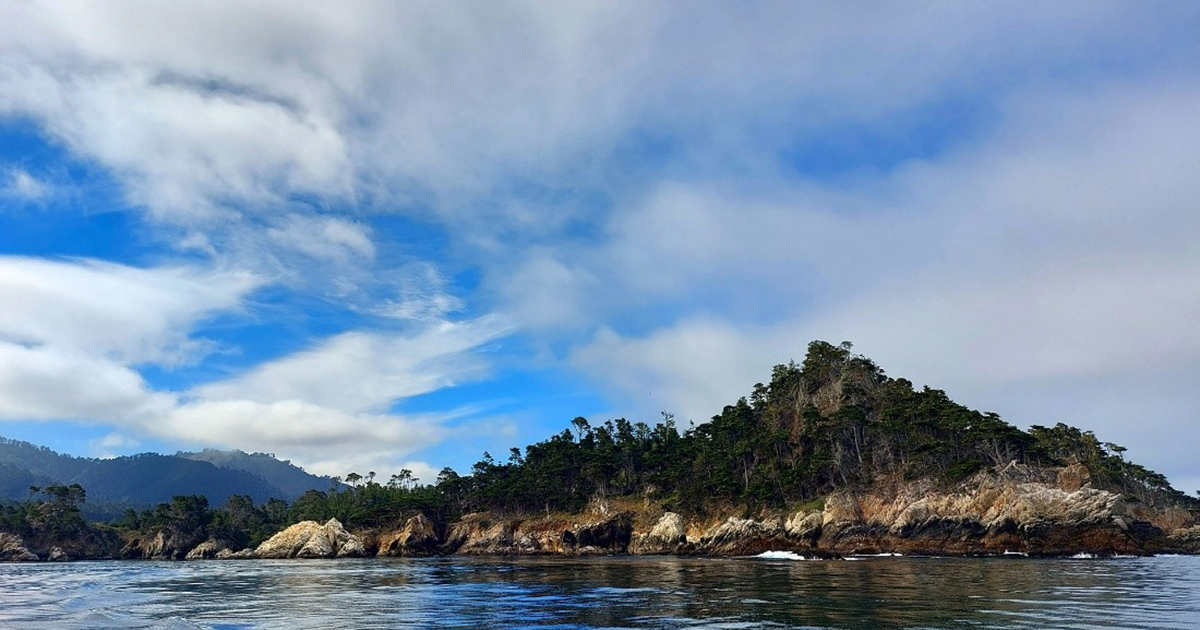 After a brief period of “oohing” and “ahhing” over the abundance of ocean life and the extraordinary views, we got to work. To conduct the permitted research tasks for the day we moved throughout the MPA fishing in strict 15-minute increments at each designated spot, or “cell”, before moving on to the next. During our time within the MPA boundaries, the volunteer anglers hooked a total of 520 fish before CCFRP staff grabbed them from our numbered buckets, measured each one, and shouted the species name and other identifying characteristics to the note taker before tagging them and tossing them back overboard.  In each 15-minute segment, it was not uncommon to catch two at a time with fish latching on to the shimmering hooks (some baited, some not) as fast as the lines were dropped into the water.

For the second half of the day, we moved our data collection to reference cells outside of the MPA boundaries. Fishing in the same number of reference cells for the same 15-minute intervals, our total catch was 149. Though the number of fish caught was significantly higher within the MPA boundaries compared to the reference areas, continued research and monitoring will help researchers understand the causal effects of MPAs on fish populations, like spillover, and whether those effects are due to protections or other variables. 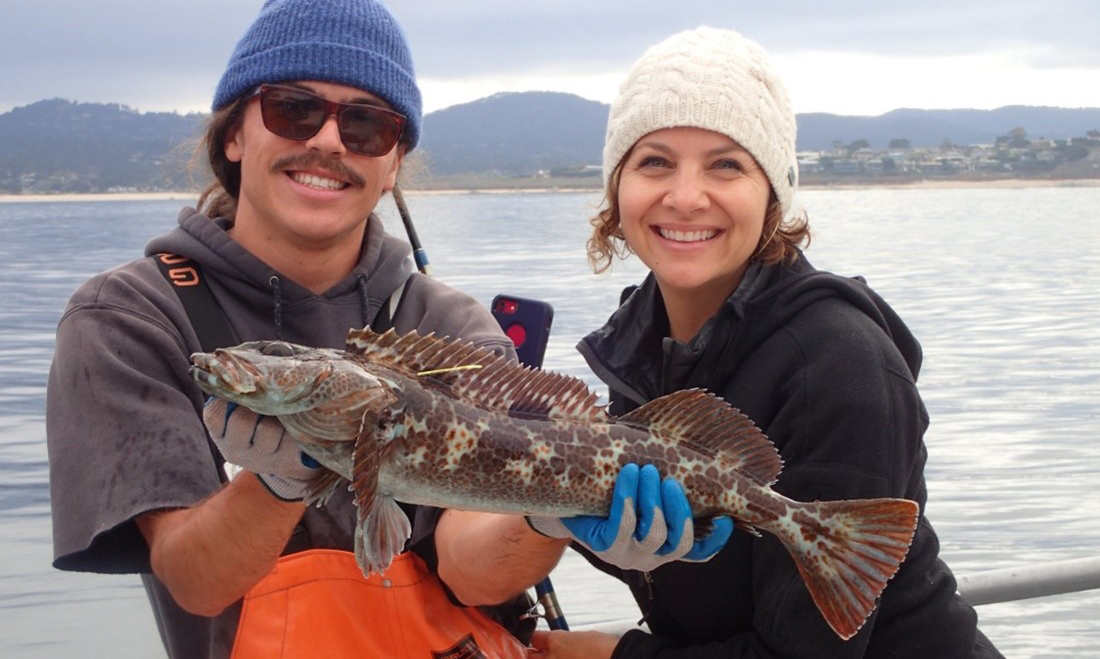 All-in-all 669 fish across 13 different species were caught by the volunteers on board. I never thought I would catch 46 fish on my first fishing trip. I was also the first to catch an impressively large, and picture-worthy, rockfish. However, it was Jenn Eckerle, OPC’s Deputy Director (and fishing show-off), who ended up getting the prize for the biggest fish of the day (even though she caught less than the rest of us at 30 – just sayin’). It should also be noted that Mike Esgro, our Senior Biodiversity Program Manager, while catching the highest number of fish at 60, also received a notable honor at the end of the day… for the smallest catch. (It’s ok Mike, they all count!).

Another first-time fishing staffer like myself, OPC’s Water Quality Program Manager, Kaitlyn Kailua, summed up our thoughts on the experience, “It was a blast and privilege to join the CCFRP off the California coast, collect data (by way of fishing), and witness the health of the fishery inside the MPA. It was also an important reminder of the incredible marine ecosystem that we share with a wide variety of wildlife, and of the obligation we have to protect the waters these species call home.”

Though it is a long day out at sea, volunteering with CCFRP is an experience I would do again and again – and you can too! If you are interested in volunteering as an angler and supporting California’s MPAs, visit the CCRFP website to get on the volunteer list. Tell them OPC sent you! 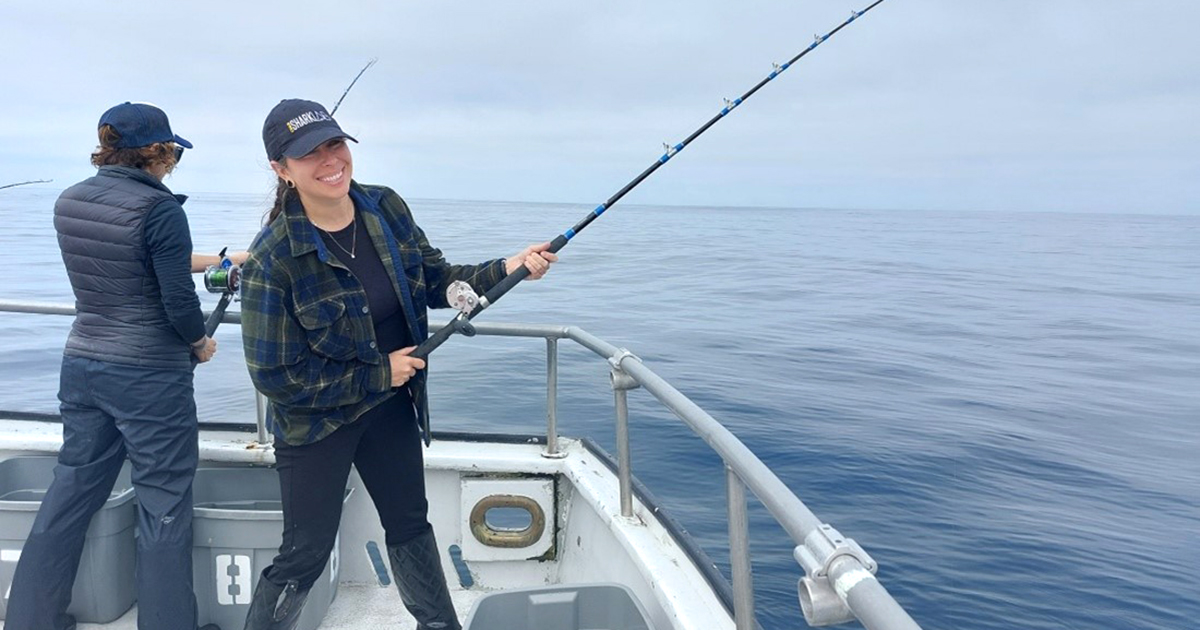 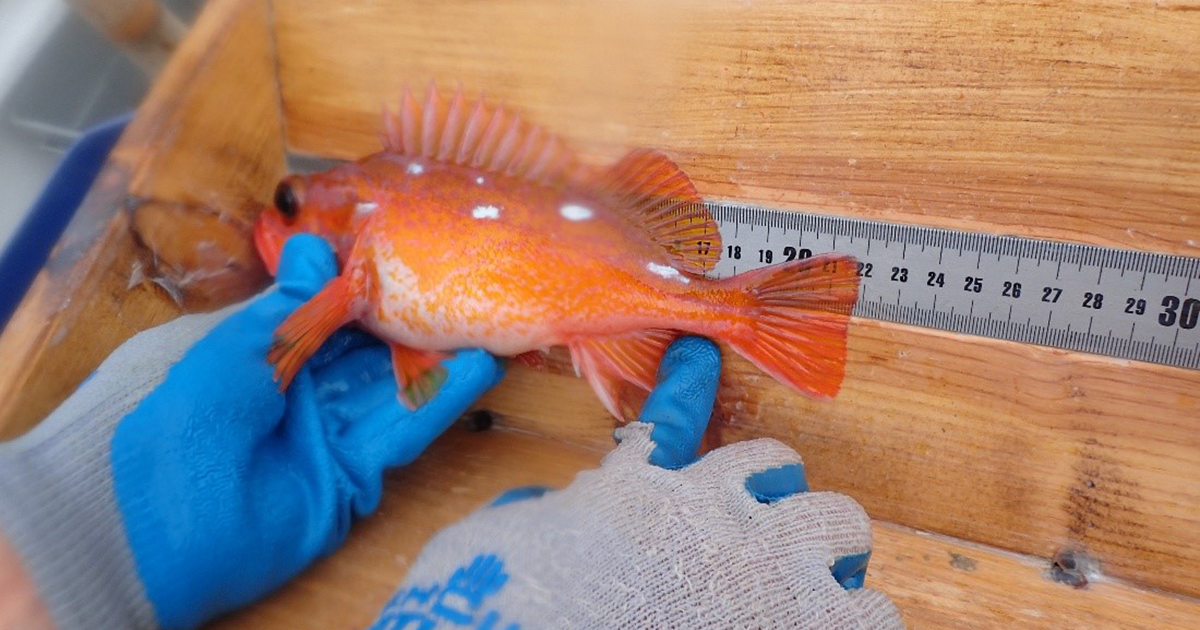 One of the many rockfish caught by volunteer anglers and documented by CCFRP staff for research. 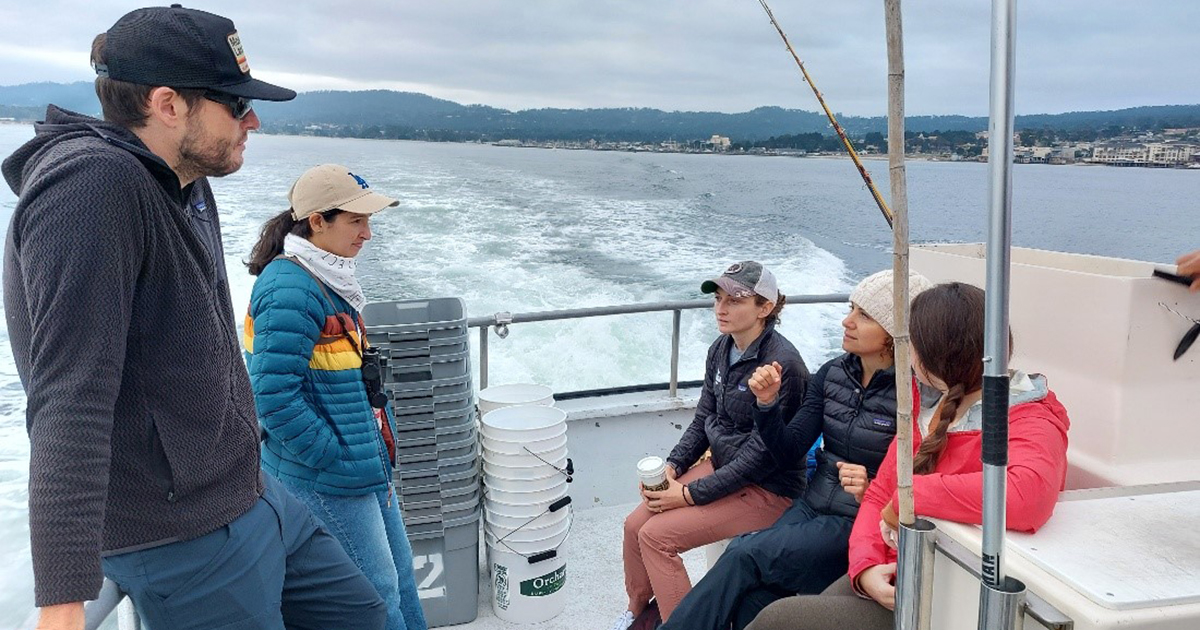 OPC staff onboard a CCFRP trip along the Point Lobos coastline.