HABs, which result from the overgrowth of algae, or phytoplankton such as Pseudo-nitzschia, can produce cyanotoxins that can affect human and aquatic ecosystem health, cause acute and chronic illnesses, and in some cases mortality in pets who come in contact with harmful algae. These blooms also result in low dissolved oxygen that suffocate fish and can cause widespread fish mortality, known as ‘fish kills.’ 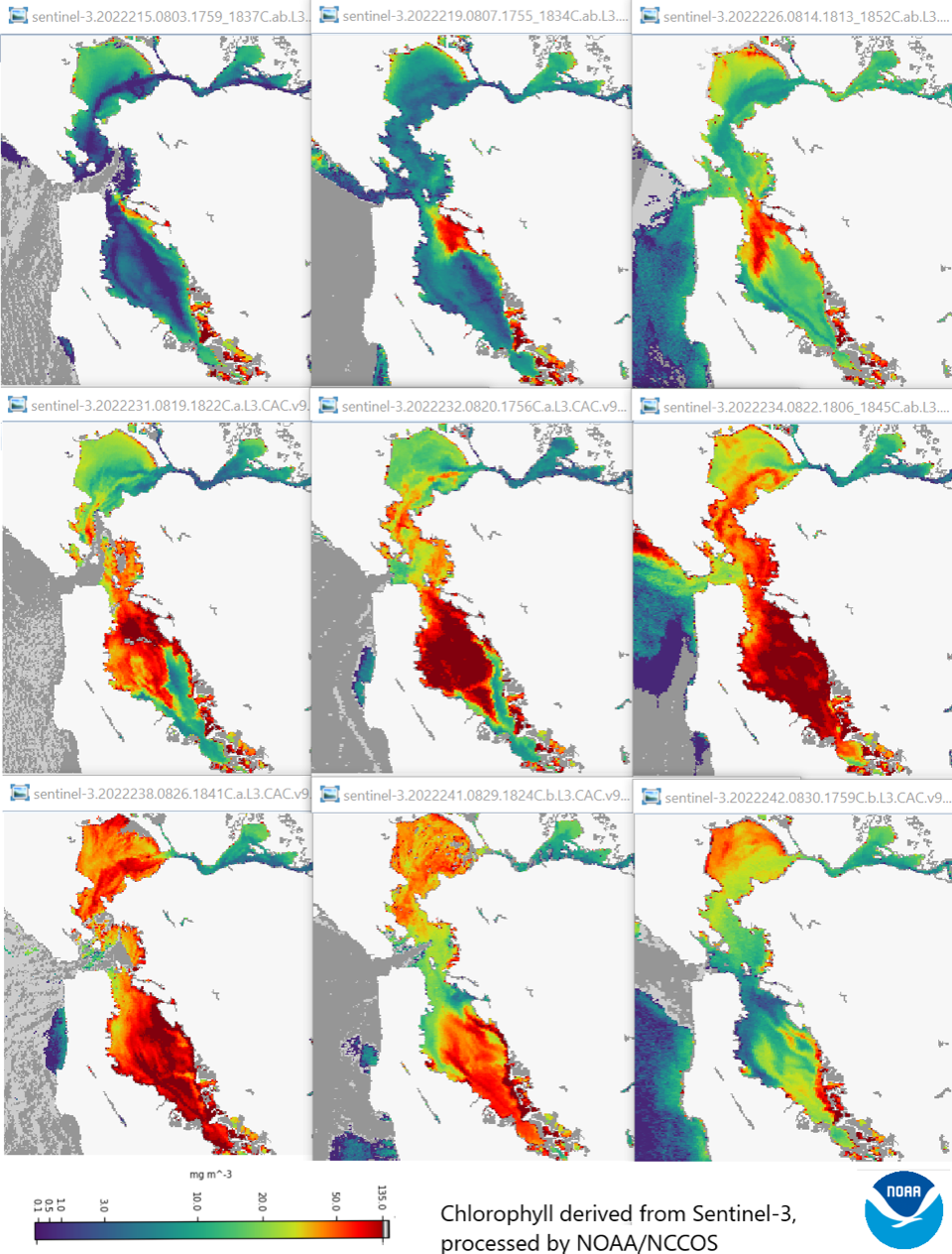 HABs are becoming more frequent and more intense across California as waters warm. Decreased flows from inland rivers and streams, and increased concentrations of nutrients and other land-based pollutants additionally exacerbate the growth of algae and cyanotoxins.

Evidence of the San Francisco bloom first appeared near Alameda, CA in late July 2022. The bloom later spread to open-bay regions of South San Francisco Bay and continued to expand into San Pablo Bay, making this bloom the largest in recorded history.

The massive bloom appears to be in decline as of Labor Day weekend, although the State Water Resources Control Board, San Francisco Regional Water Quality Control Board, and California Department of Fish and Wildlife (CDFW) have warned that depleted oxygen levels could continue to lead to large-scale aquatic deaths as algae decays and winds stagnate.

The bloom has already resulted in the death of thousands of fish, including both white and green sturgeon, leopard sharks, striped bass, bat rays, and anchovy. At Lake Merritt, which is connected to San Francisco Bay, reports suggest as many as 10,000 fish died in late August. Both boat and shore-based surveys will continue to take place at various locations around San Pablo and Suisun bays to determine the geographic extent of the fish kill, any expansion into new areas, the species affected, and the numbers of dead fish including white and green sturgeon.

The full ecological impact of the San Francisco Bay HAB is not yet known; although, it is locally reported as  “a wildfire in the water.”

While this type of HAB is not considered a human health threat, it is advised that people and pets avoid contact with the water until further notice.

Additional information is available at: