“I’ve seen Imperial Beach become the city it is today… We have a lot of opportunities to do really cool projects, and one of them is here on the south end of San Diego Bay.” – Chris Helmer

Today we are in the City of Imperial Beach, discussing a Prop 68 Project to determine the best path forward for a retrofit of a 1.2-mile segment of the San Diego Bayshore Bikeway. This project provides multiple benefits to the surrounding underserved community of Imperial Beach, including flood protection, sea level rise resilience, and enhanced coastal access. The bikeway is a heavily used recreational corridor that connects to adjacent communities (National City, Chula Vista, San Diego, Coronado, and Imperial Beach). This area is already experiencing coastal flooding during king tides, so action is needed now to remedy the flooding risks of today and into the future. 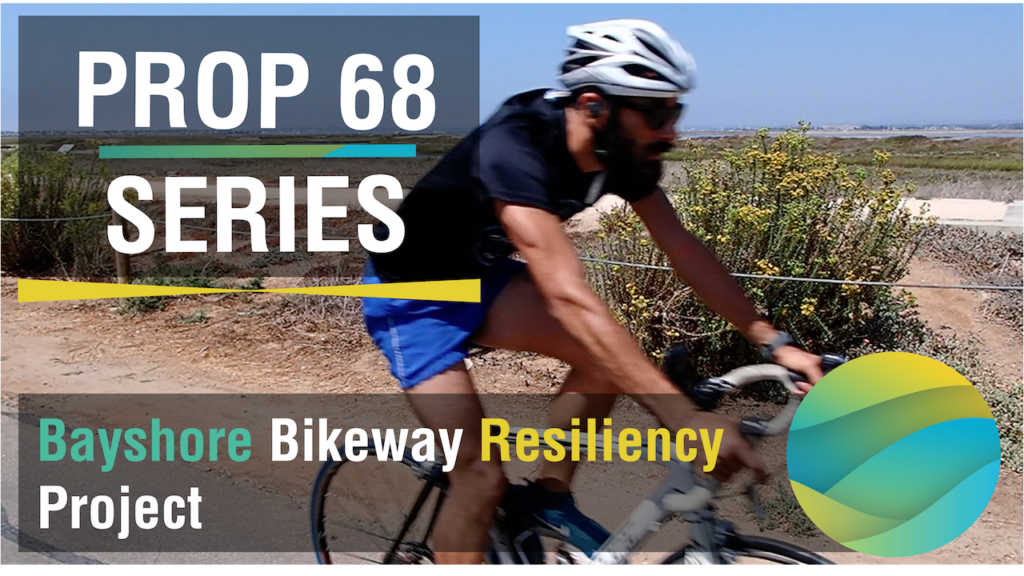 Collaboration is key to the success of this project. Ultimately the project team is interested in leveraging their existing and growing partnerships with local and state agencies and organizations to protect this low-lying community of Imperial Beach from current and future flooding. The project team is hyper aware of the potential climate-driven impacts facing Imperial Beach and they’re working hard to be proactive and adapt before it’s too late. 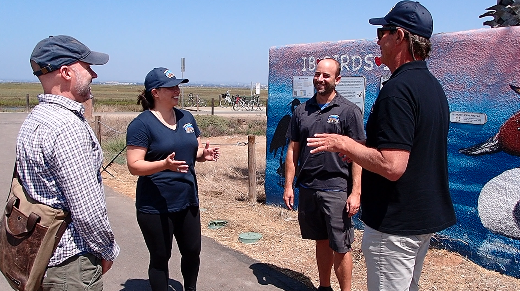 The City of Imperial Beach, in collaboration with Nexus, will be working alongside GHD and City Thinkers to develop a variety of strategies for how to best address existing and future flooding for this community and its surrounding infrastructure as risks grow with sea level rise. The project team has prioritized engagement with the community and other relevant stakeholders throughout this process.

This Prop 68 project is a true win-win. By addressing potential solutions to accommodate sea level rise while also improving coastal access for all Californians, this project will respond to and resolve these often conflicting management issues. “I think the coast is a resource for all and it should be maintained as such and these kinds of projects promote and expand coastal access”, notes Openshaw. “This project is super important for our community…we’ve already seen historic flooding here…so the more we can do to adapt to flooding and improve access, that’s exactly what we want to see in Imperial Beach,” says Mayor Dedina.

About Chris Helmer: Chris is the Environmental and Natural Resources Director for the City of Imperial Beach. Chris received his Bachelor’s Degree in Earth Science and Environmental Science from the University of California, Santa Cruz and his Master’s in Environmental Science and Management and Water Resource Management from the University of California, Santa Barbara. Chris is a San Diego native who has been serving the City of Imperial Beach since 2008.

About Dr. Serge Dedina: Serge is the Mayor of the City of Imperial Beach and the Executive Director of WILDCOAST. Prior to his work at WILDCOAST, Serge served as the Northwest Mexico Program Manager for The Nature Conservancy. He received his Bachelor’s Degree in Political Science from the University of California, San Diego in 1987, his Master’s in Geography from University of Wisconsin-Madison in 1991, and his PhD in Geography from the University of Texas in 1996. He is a 50-year resident of San Diego.

About Dennis Larson: Dennis is a Principal Planner and Strategic Advisor for Nexus Planning & Research. He has led development of the Port of San Diego’s Port Master Plan Update and advised on the San Diego Ocean Planning Partnership. He earned his Master’s in Economics from San Diego State University in 2003.

About Meagan Openshaw: Meagan is a Senior Planner for the City of Imperial Beach. Meagan was born and raised in San Diego which motivated her entry into public service. She received her Bachelor’s degree in History from Northwestern University in 2010.