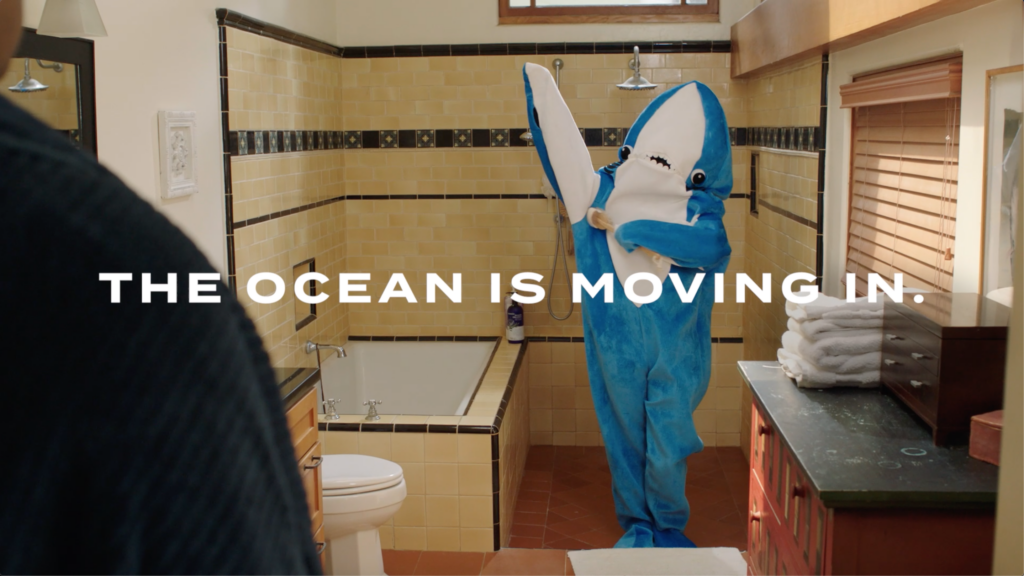 Dubbed “The Ocean Is Moving In,” the campaign features humorous videos and posters of various sea creatures taking up residence in people’s homes with the goal of inspiring people to visit the state’s new sea level rise website. While the tone is light-hearted, the messaging underscores the very serious impacts sea level rise will have on quality of life unless Californians start actively preparing:

Californians place climate change very high on their list of concerns, recent research confirms.  But despite the potential for harm, sea level rise lags behind more easily understood climate threats such as wildfires or rising temperatures. The campaign aims to prioritize the issue by underscoring that seas are now predicted to rise as much as 7 feet by 2100. While not obvious when gazing at the ocean, sea level rise is already occurring and will be much worse than scientists first expected.

The campaign comes on the heels of Governor Gavin Newsom’s approval last week of a state budget that includes $500 million in funding for Coastal Conservancy resilience projects along at-risk shorelines. The funding will fast-track restoration of coastal wetlands and watersheds, beaches, dunes and other assets.

The multi-language campaign, which was created by May77 Communications and the California Marine Sanctuary Foundation under a state grant, can be viewed here.