The IPCC report asserts that even if the world’s population completely ceased greenhouse gas emissions immediately, what’s already been emitted will continue to affect the atmosphere for decades to come: 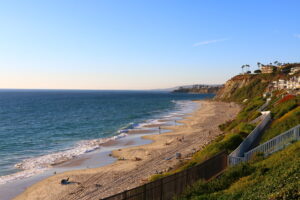 Although the findings in the report are alarming, the IPCC report authors also made clear that with the right kinds of collective actions, we can still avoid complete catastrophe. Fortunately, California has long been a leader in setting ambition greenhouse gas reduction targets while furthering climate change resiliency and adaptation:

To hold the warming of the planet to 1.5 degrees Celsius, the nations of the world must work together to cease our reliance on fossil fuels and curtail greenhouse gas emissions – every action we take matters. From nature-based solutions to our sea level rise adaptation policies, California’s climate policies set an example to be embraced by policymakers around the world.