The state’s marine environment currently hosts a variety of industrial coastal and marine uses, such as shipping, fishing, offshore oil production, power plants, and aquaculture. Several emerging industrial uses of the ocean are also now being proposed or expanded, in California including (1) desalination, (2) marine renewable energy development, and (3) offshore aquaculture. These industries often share infrastructure—provided by the state’s three major ports and a collection of smaller harbors—to maintain their facilities and to convey goods to other parts of the state, the rest of the nation, and worldwide.

California’s marine waters also host noncommercial uses that are important to society and significant contributors to the state’s economy, such as military training and research, surfing, boating, fishing, and swimming.

The demand for the use of California’s marine environment is increasing, and there is a need to balance the existing uses of our ocean environment with potential new uses and to manage all uses to the mutual benefit of our economy and the preservation of a healthy ocean ecosystem. The OPC supports increasing the availability of scientific and geospatial information and analysis tools useful for informing planning and regulatory decisions related to existing and emerging ocean uses.  These data and tools can minimize conflicts among ocean users as well as impacts to the marine environment. 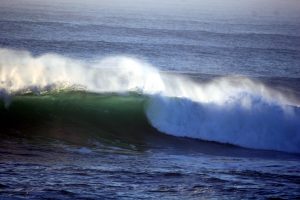 California has robust goals for both increasing renewable energy production and protecting the state’s coastal and ocean resources. Marine renewable energy includes technologies that harvest wave, tidal, offshore wind, and ocean thermal energy for both small scale and commercial energy production.In California, these industries as well as their permitting process and regulations are still in a nascent development stage; however, manufacturers and developers have a strong interest in pursuing demonstration and larger scale marine renewable energy projects within and adjacent to the state’s waters. Facilitation of this will require greater clarity and predictability in the state’s regulatory and permitting framework to pursue permits for installations.

The OPC established and chairs the California Marine Renewable Energy Working Group.  Through this group, the OPC focuses on policy actions needed to address regulatory overlaps and inconsistencies both at the state and federal level, including the development of formal agreements, such as MOUs, when appropriate. The OPC also seeks to improve access to geospatial data and other scientific information that is useful for reducing conflicts between existing uses of the ocean and these emerging developments and evaluating cumulative impacts of siting and planning decisions as part of its efforts to implement AB 2125. 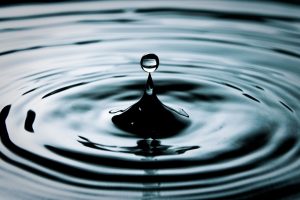 Current drought conditions in California have posed extraordinary pressure on water demands from existing water supplies. The State’s current recommendation is that desalination should be considered a future water source where it is economically and environmentally appropriate, and as an element of a balanced water supply portfolio that also includes conservation and water recycling to the maximum extent practicable. The OPC plays an immediate role as facilitator of inter-agency communication regarding best practices as facilities, and their respective technologies, are considered.

The state’s mission and objectives with respect to aquaculture are outlined in the Aquaculture Development Act (CA PRC § 825-830, 1979), which states: it is in the interest of the people of the state that the practice of aquaculture be encouraged in order to augment food supplies, expand employment, promote economic activity, increase native fish stocks, enhance commercial and recreational fishing, and protect and better use the land and water resources of the state.

For the most recent updates on California’s aquaculture industry, please visit: Aquaculture Matters and the Marine Region Aquaculture Site.