One of the reasons I was excited to be appointed by Governor Newsom as Executive Director of the OPC three years ago was the Council’s long-term focus on impact science: applied research that provides results that can enhance state marine resource decision making. Science that makes a difference. The June 14th meeting was a great example of the OPC’s focus on impact science.

There were four new major research efforts approved: two on sea level rise, one on kelp canopy cover, and the other on California market squid. On sea level rise, the OPC is funding a dream team of climate scientists to update the 2018 sea level rise technical guidance by mid-2023. The Ocean Science Trust will manage the scientific team in an effort to use the latest science, including the 2022 national sea level rise technical report (PDF), to update the guidance that so many state and local agencies use in their planning and decision making. In addition, the San Francisco Estuary Institute and NASA Jet Propulsion Laboratory will partner on completing a vulnerability assessment for coastal wetlands, beaches and dunes, and rocky intertidal habitat. They will combine the latest in field and airborne and satellite remote sensing data to update habitat maps and determine habitat vulnerability under various sea level rise scenarios. This information will enable the public to better understand the potential fate of their favorite beach, tidepool or coastal wetland. The first step in building habitat coastal resilience to sea-level rise is to better understand what is at risk and by when. The results of the effort will be used by OPC to develop beach and dune, coastal wetland, and rocky intertidal statewide action plans for these vulnerable habitats.

On kelp conservation, we know that the north coast bull kelp has been absolutely hammered over the last eight years or so. Also, OPC, UC Sea Grant, and the Department of Fish and Wildlife (CDFW) have invested a great deal on restoration science efforts for both giant kelp and bull kelp. And recently, we’ve seen promising preliminary results that the purple urchin removal efforts from commercial divers, have led to some bull kelp regrowth in an area plagued by urchin barrens (hot spots of excessive urchin population growth and bull kelp die-off). Historically, kelp habitat assessment has been based on dive transects, assessments by academics and NGOs like ReefCheck and The Bay Foundation, along with occasional airborne remote sensing efforts. The Nature Conservancy recently put out their Kelp Watch website that uses satellite data to create maps of kelp canopy cover along California’s coast and beyond. Yesterday, OPC invested in efforts by Kyle Cavanaugh at UCLA to take the satellite remote sensing efforts to the next level: high resolution seasonal (twice yearly) mapping of kelp canopy cover along the entire California coast. The completion of ongoing kelp research and this monitoring effort and tool will greatly enhance CDFW efforts (with OPC collaboration) to develop and implement a statewide kelp restoration and management plan.

And finally, also following the latest scientific approaches to enhance state natural resource management efforts, OPC funded research on California market squid population genetics to augment CDFW’s efforts to update and enhance the fisheries management plan to potentially be climate-ready. Squid is often the largest or second-largest fishery in the state, and we’ve seen incredible variability in squid spatial distribution as well as annual catch. The genomics work could provide CDFW with more information on squid population structure and potential vulnerability to climate and concentrating fishing pressures. This work should integrate well with CDFW/UCSC ecological modeling efforts on California market squid. Both will inform an updated fisheries management plan that may set precedent for the state building climate resilience into their fisheries management efforts.

All in all, yesterday was a very successful OPC meeting and a great day for impact science. A strategic approach to funding science that really makes a difference for California’s coastal waters is critical for the OPC and California to achieve our climate, equity, biodiversity, and blue economy goals and objectives. 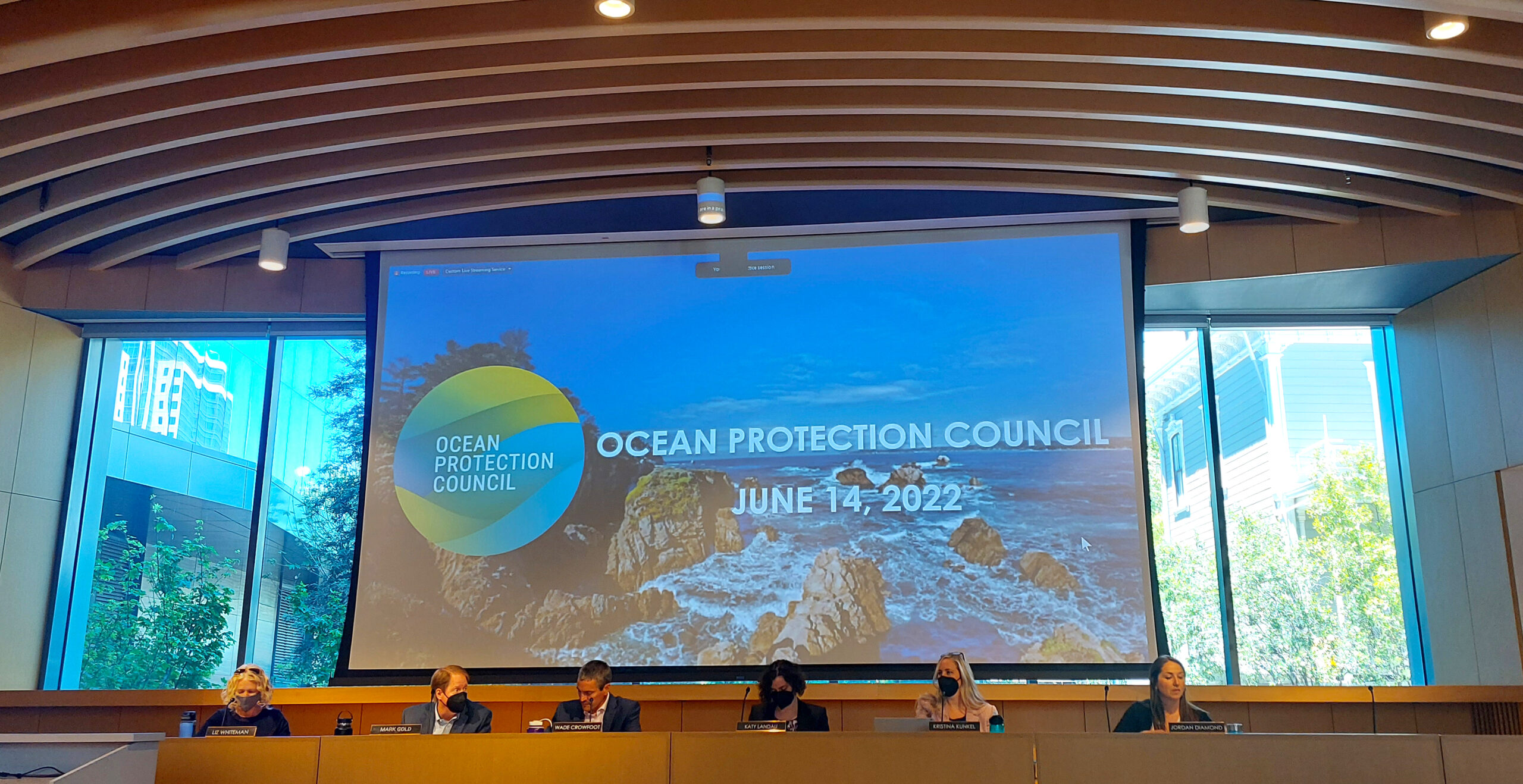